I Am An Idea

I am an idea. I came to visit your mind. You held me for a moment and planned to capture me. You told me to wait for awhile while you did something else. I tired of waiting and took my flight. It is too bad, for I perhaps could have even changed your life or maybe I could have even changed the world or your family or your church. Maybe I was important or maybe I was unimportant, but you will never know, for you are too busy to lodge me.

I do not ask for a large place to reside– a three-by-five card is ample space for me, but I refuse to wait in the vestibule of your mind while you care for lesser things.

I am an idea. I came once to Edison, and I found lodging for me, and the Wright brothers housed me; so did Jonas Salk. I do not need to dwell on a scroll; I am not usually housed on stationery. I need no library for my walls or publication for my dwelling place. I simply ask for a three-by-five card or even a scratch paper.

I did not flee to another, for I was meant for you. God sent me, designed to be used by you, to help others, but you never stopped long enough to let me in. I knocked at the door of meditation, but it was locked. I sought entrance at the door of prayer, but it never opened. Just the slightest opening and I would have entered, but you never stopped to think, so I could not enter your mind.

I am an idea. Oh, after I left, you sought me diligently, but I was gone forever, for you placed me in your memory instead of on a three-by-five card. I cost you nothing; in fact, I will pay you rent if you will lodge me, and I will even move in with others like me on the same card, and you need not pay attention to me until you are ready, but I WILL NOT live in your memory. I will flee unless you lodge me on any kind of paper or on a three-by-five card.

If I leave, I will not come again to you or to another, and the world will never know me or the contribution I could have made. I did not ask for a home with gilded edges or leather binding or fancy parchment or gold lettering. I did not ask to be typed or printed or engraved– just to be scribbled was all that was necessary.

I do not ask that my landlord be a typist or typesetter or a commercial artist– just a doodler would have sufficed.

I sought not to be filed or be placed in an attache or a briefcase; I sought only to live and be scribbled on a three-by-five card and placed in your pocket.

Dwelling on such a card I was able to make Russell Andersons out of common men, John Beilers from normal people, Jack DeCosters from the bourgeois and Wendell Evanses from average folk.

I am an idea. I dwell in the pockets of architects and surgeons and businessmen and authors and poets and successful pastors. In fact, I am near the heart of all successful people.

I am an idea. Eventually I dwell in the pockets of better shirts. I am how they are afforded, though I do not ask for silk or satin or linen. I sought not Van Heusen or Arrow or Christian Dior. Any old card in any old pocket in any old shirt would have done.

I am an idea. I did not ask for transportation by a quill or typewriter or computer or even a pen– an old pencil would have sufficed. I want only a place to dwell on a simple three-by-five card.

I am an idea. You need not be talented to keep me. I seem unimportant to talented people, and those who trust their good memories have forgotten me forever. I am born miraculously and quickly and die very soon unless placed immediately in the incubator of a three-by-five card. When I am so kept, I recommend others to you and they run to you for lodging. I never do it alone; I share my card with many like me and share my pocket with many other cards, and those who house me never seem to have pocket space for rent.

I am an idea. I pass by those who sleep in chapel and those who lie on activity reports and quitters and rule-breakers and gossips and critics and gluttons and sluggards and the unscheduled and the undisciplined.

In fact, this article is one like me. It was scribbled on a three-by-five card and placed in an Arrow shirt pocket worn by one who is not brilliant but who houses many like me. While I was in his pocket, I dwelt where this College once dwelt, where this building once lived, where this campus was once housed. I saw signs that said, “Books once lived here,” like BLUE DENIM AND LACE, HOW TO REAR CHILDREN, MEET THE HOLY SPIRIT and PLEASE PARDON MY POETRY.

It would not have taken long; just let me be on a three-by-five card and forget me. I will stay there until you call, but I WILL NOT stay in your memory.

I am an idea. I wanted you; I needed you. I will soon die for lack of my natural habitat, and the world will never know me because of you, and to think that I did not ask to dwell ‘neath a Hart, Shaffner, Marx, but just on a three-by-five card near your heart.

I am an idea. Now I am dying. I will soon be carried to a grave of uselessness by pallbearers of neglect. My grave will never be visited, for none knew me. I sigh for those who could have been known by millions if you could have taken thirty seconds and used an old pen and put me on any old three-by-five card. Millions could have met me and I could have had eternal life, but I was kept from the world… by you.

I am an idea. I did not ask for your I.Q. or for a financial report; I did not see what you look like, for beauty was not required. I did not notice your size or ability nor did I check your intelligence– I just wanted you. I did not even ask to live in your mind or in your heart or in your soul or even in your memory– just on a three-by-five card in your pocket.

I am an idea. I could have changed your life; I could have made you successful; I could have made you a blessing or perhaps even renowned or important or prosperous. But I came to you one day– you played, you partied, you slept, you even met me, but I was not important enough for immediate attention. You casually asked me to wait for a few minutes, but when you came for me, I was gone– gone forever– and to think I would have stayed if you had only taken a minute to house me on a three-by-five card.

I WAS an idea. I died in infancy. I now rest with many others of your children. My death was so needless. I wanted to live. We could have been so happy together. Now soon you will also die and few will remember you either, for the world will remember BOTH or NEITHER of us.

And to think, we both could have lived and been remembered if you had only housed me in any old pocket of any old shirt on any old paper.

Oh, by the way, have you noticed the epitaph on my tombstone? It reads, “He died for the lack of a three-by-five card.”

Your donation to the Jack Hyles Library helps keep the legacy of Bro. Hyles going and aids in bringing more of his ministry online for the next generations to benefit from. 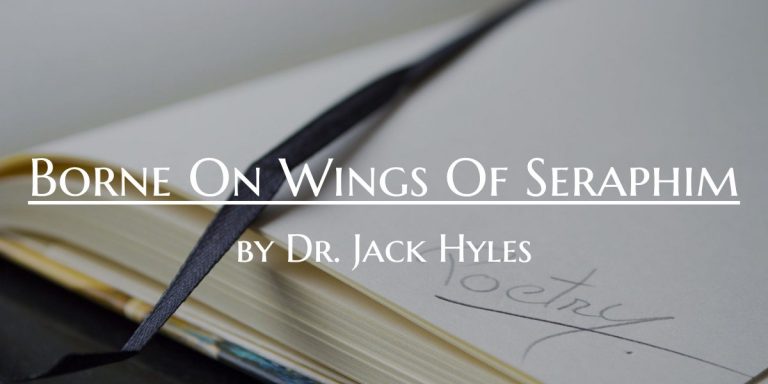 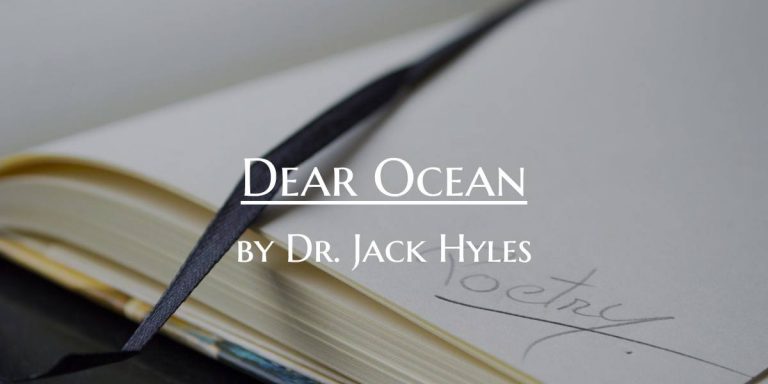 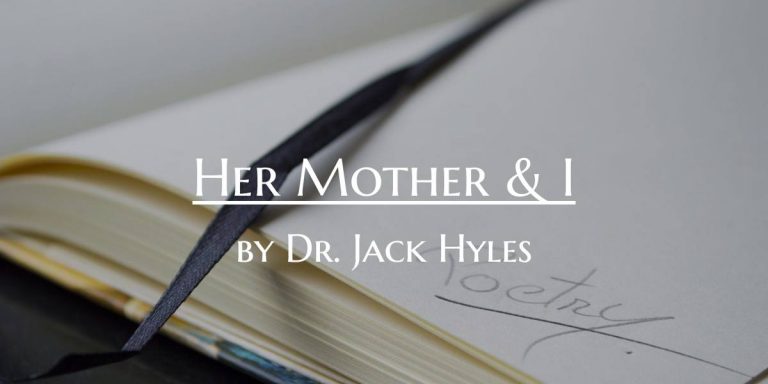 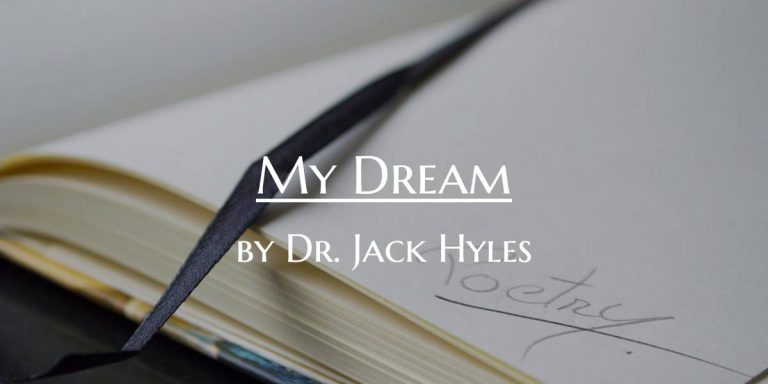 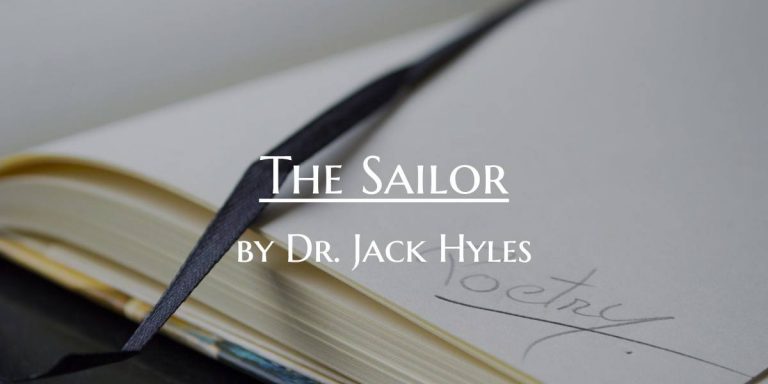